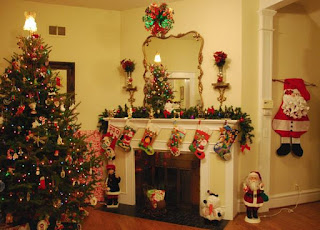 By last weekend I had all the decorations up, including the tree. We normally don't get our tree too early because we purchase a real one and the needles always seem to drop so soon. But we did get one slightly early this year since our weekends are super busy this year. During the week I got the Christmas cards and letters in the mail. I wish I could say I was done shopping, but that simply is not the case. I do have some gifts purchased and have ideas for a few more. Katie is really the stumper this year as she is not here to give me ideas. Since she is in finals this week, I won't bother her with prompting until later in the week. She gets home Sunday night, and I cannot wait to see her!

Friday night we went to see "The Rat Pack" at the Fox Theatre. It was really good - similar to "Jersey Boys" in that it was the music of the particular group, but without the background story of the guys in the group. I think I actually enjoyed it more than "Jersey Boys" due to that fact. It was like an old Las Vegas Show. However I did not enjoy the behavior of the woman sitting next to me. She was fairly quiet during the first half, but then I don't know what she was drinking (and perhaps smoking?) at intermission. During every song and some of the dialogue in the second act she would shout out "woo hoo!" (particularly during Dean Martin segments when he was discussing his drinks) I'm looking at her like "We are not at a Justin Bieber concert here!" It was truly annoying. I had to angle myself towards Jim so I didn't get drunk on her fumes. I might have anticipated something like that at the Pageant, but it was pretty ridiculous at the Fox. 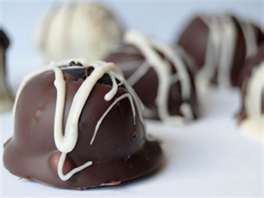 Last night we attended a Christmas party for one of Jim's business groups. I had a really interesting time discussing traveling and genealogy with one of the couples there. It is nice to find some common ground with people you only see once a year. The food was amazing as always, and I simply loved the Oreo Truffles they had there. Oh my! I think Katie and I will need to make some of them when she gets home.
Posted by Kim Wolterman at 5:35 PM

It will be great for you to have Katie home.