My husband got me this jam and jelly maker for Christmas as it was on my list. Typically I make strawberry jam and peach butter, and when I saw that this machine does all the stirring for you I knew I had to have it. For me the worst part of making jam is standing over the hot stove making sure that it doesn't stick and burn to the bottom of the pan. There is also the added risk of the hot mixture splashing and burning your skin.


After reading the instructions and washing the parts, I was ready to 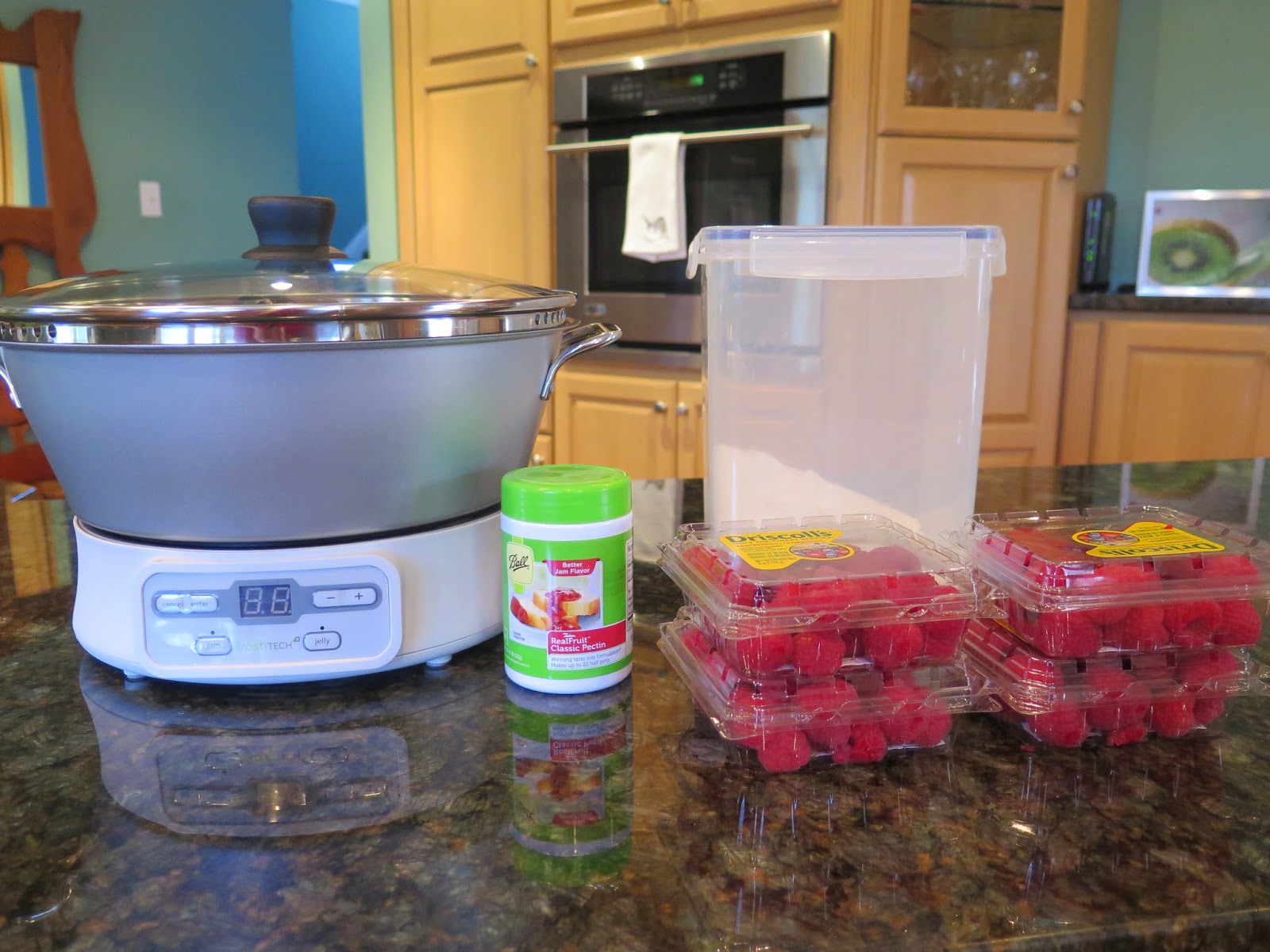 go. My local grocery store had raspberries on sale, so it was easy to decide what my first jam would be. The recipe calls for four, six-ounce containers of fruit, sugar, pectin and a little butter to help keep the frothing to a minimum. After 21 minutes in the machine, it was all done! The one mistake I made was that I thought it said the recipe would make four pints of jam, so I purchased a box of pint jars as I didn't have any. I was aggravated when I poured the finished product, and found that it filled less than two and a half of my jars. I re-read the recipe and it actually said it would fill four half-pint jars. Whoops! That was my mistake. Now I need to go and purchase some half-pint jars. After the jam is placed in the jars and the lids secured, you can either process the jars in a hot water bath or you can simply freeze them. In either case, the jam must be refrigerated and eaten in three weeks due to the fact that there are no preservatives added. I kept the partial jar in the refrigerator and froze the other two. 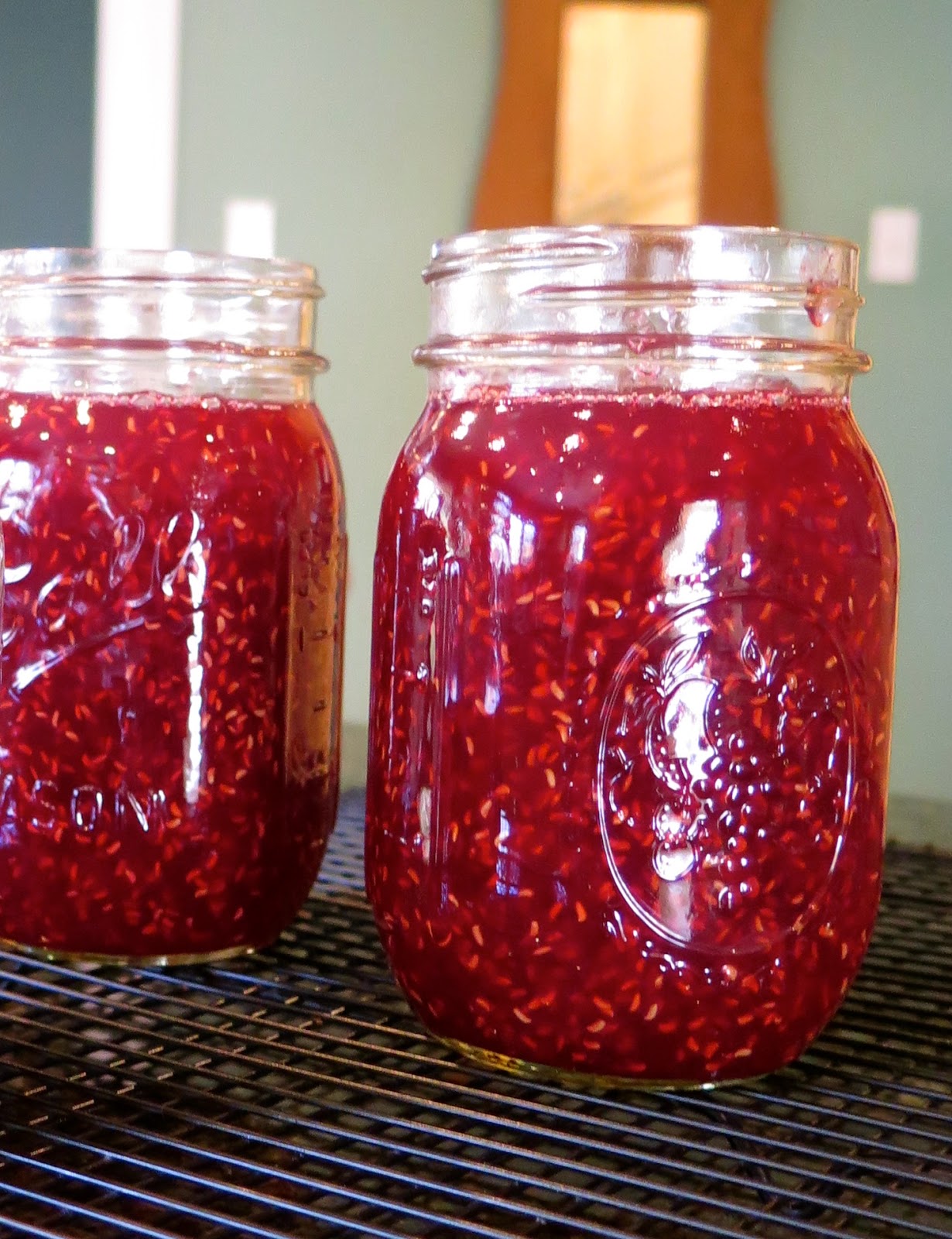 I have to say, the jam is amazing! I passed one of the frozen jars on to my sister, and am eager to hear what she and her husband think about it. The included recipe book is pretty sparse, but I have found some recipes from other people online that I want to try. So far I have not had any luck finding one that converts peach butter for this machine, and I don't quite know how to go about doing that.

An obvious drawback is that each batch makes a small amount, and the instructions are explicit about not increasing the size of the recipe. For someone who has a lot of fruit to can, this might not be the machine for them. But for the two of us, it will be just perfect.
Posted by Kim Wolterman at 5:42 PM 2 comments:

Early yesterday morning Jim and I drove to the Audubon Center at Riverlands to see the birds - specifically the trumpeter swans. This bird is the largest waterfowl in the Northern Hemisphere, and the largest swan in the world. It has an eight-foot wingspan! Each year a significant number of these swans migrate south from their summer resorts in the northern United States, Canada and even Alaska seeking open water. Around here that can be found at the audubon center. Last year over 900 swans made this area their winter home, and this year the number appears to be about the same. It was easy to see (or perhaps I should say hear) how they got their name. They are quite noisy!


After visiting the audubon center, we drove across the bridge into Illinois, and then followed the River Road north hoping to catch a glimpse of eagles. Some bald eagles migrate to our area this time of year as well. We found this handsome guy in a tree along the River Road.

We continued our drive up to Grafton, IL where we had a nice breakfast in the restaurant of the old Ruebel Hotel. The bar is from the 1904 World's Fair - beautiful!

We had such a nice time on an unseasonably warm day in St. Louis. It was a perfect day for a drive - even if it was for the birds.