Taking Time to Smell the Roses

Over the weekend I attended Publishing University in Chicago, which I have covered in my other blog Write Formation. The weather was wonderful in Chicago, with a warm sun and surprisingly calm winds. But I didn't get to enjoy any of that since I was inside the conference rooms. So when the weather here was so beautiful on Monday, cabin fever got the best of me. I packed up my water bottle and my camera and headed to the Missouri Botanical Garden. Being alone gave me a lot of time to think about all the things I had learned at the conference, and what items might be practical to put into use with my own company. So I wasn't totally goofing off. At least, that is my story and I'm sticking to it! Here are a few of my favorite shots from the day. 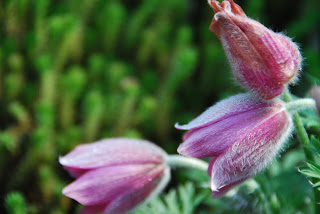 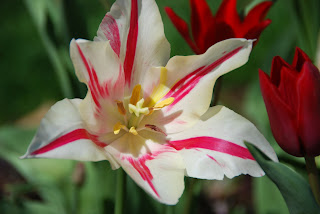 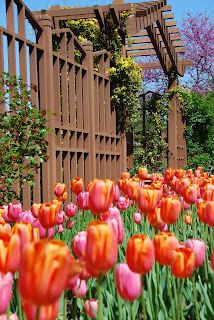 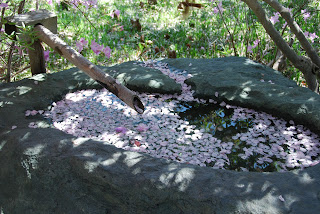 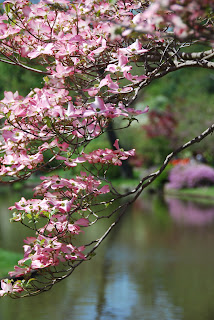 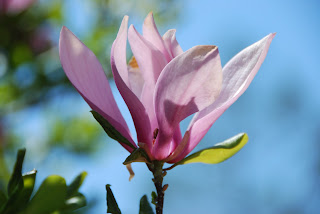 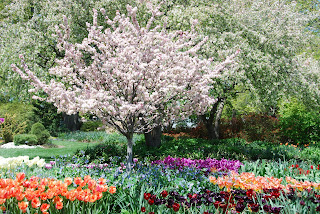 Yesterday I attended the annual fair of the St. Louis Genealogical Society, held at the Maryland Heights Centre. It is the largest single day genealogy event in the Midwest, and is always well attended. A national speaker is brought in, and then other breakout sessions are held throughout the day. I normally stick with the sessions presented by the national speaker as I feel I can usually catch one of the other speakers at a different time. This year's presenter focused on records available at the National Archives in Washington, D.C. and how to best utilize your time if you plan to visit. She also talked about the National Library buildings as well, and what we might find there. Since Andy and Megan live in the area, I would very much like to plan a trip to see them and visit the archives. The information I received at the conference was helpful, and hopefully I can put it to good use.

When the main presenter had a break, I was able to catch a session on researching in Germany, which could not be more timely for me. Better yet, the speaker was the woman who is leading my Germany tour this fall, so it was great to be able to meet her face to face before the trip. I also was able to talk with the other couple from the society who are going on the trip and touch base with them again. So overall, a good day with new leads on pursuing my family.
Posted by Kim Wolterman at 8:22 AM 1 comment:

There has been some activity regarding my trip to Germany this fall. Two of the couples on the trip are going over a day early, but the rest of us are traveling on the same day. The trip coordinator found flights for the rest of us that will take us all from our hometowns to Charlotte, and from there to Frankfurt so that we will be on the same flight to Germany. That way no one has to wait around in the Frankfurt airport for additional flights to arrive. Yesterday I met with the couple from the genealogical society so that we could plan our flight together, on the off chance that the rest of the people decide to take a different route. I had previously done some research and found that the best price was going directly through the US Airways website. Once we identified the type of plane we would be on (thankfully an Airbus) we went to seatguru.com where you can see a review of the seats on the plane. What a find! You can make sure ahead of time that you aren't seated by the bathroom or in a seat that doesn't recline. This will be particularly important on a flight that lasts 8 or 9 hours. We arranged our seats so that the three of us are together to and from Charlotte, since the seat configuration on the plane is three and three. From Charlotte to Frankfurt the seating is two, four and two in each row. Since we didn't want to sit in the middle of the plane, I have a window seat in front of them on the long flights. So at least if we want to talk a bit on the plane it is doable. Now my last major decision is what type of travel insurance I want to take out. I have several policies to review to make sure I get the best coverage. I don't want to take any chances should I need to cancel my trip for any reason, and I also want some health insurance coverage while I am there just in case.

Yesterday I was able to get Jim to go to the botanical garden with me to see the cherry blossoms. Usually he would be on a motorcycle ride, but he had one set up for today instead. I am so glad we went as I think we hit the peak of the cherry blossoms. Since it is supposed to get very windy this afternoon, the blooms may be all blown to Illinois by the end of the day.


I guess I didn't mention that we went to opening day of the St. Louis Cardinals. The game started out pretty good, but then went to hell in a hand basket towards the end. I took some ribbing from my Cincinnati relatives since the Reds pretty much creamed us. They were silent after the Cards took two of the three games in that series. Who's in first place? That's right - the Cardinals!

When the temperature hit 70 degrees today, the call of the Missouri Botanical Garden was so strong that I dropped everything and drove there. My husband, as usual, is out riding his motorcycle so it was another solo trip to the garden for me. But I don't mind as I generally take a lot of photos and most people are not patient enough to go with me. I didn't realize they were having a special event today. When I arrived the "Lot Full" sign was at the entrance to their drive. I ended up parking on a side street. There was an ambulance at the entry door, which was an auspicious start to my visit.

I don't believe I have seen that many people at the garden except at one of their festivals. I guess everyone had spring fever today. As I walked along one of the pathways two women passed me saying the rosary. I can't think of a more beautiful place to pray! Then I happened upon a grandfather softly singing to his grandchild. It was so sweet! But the biggest excitement for the day came when a small boy took a header into one of the reflecting pools. His mom leaned over to grab him, and as she was about to fall in her mother grabbed hold of her. The boy was plucked out screaming bloody murder! And this is why parents should not let their children walk on the concrete ledges next to the pools of water.

As I was leaving a toddler was crying and yelling, "Mama! Mama!" It took me a moment to realize that in the crowd of people, he actually had been separated from his mom. Several of us were glancing around trying to spot a worried mom when she finally made her way to him. Hold onto your kids, people. That fast he could have fallen down the steps, or worse yet been snatched by someone and carried off. On that cheery note, here are a few of my favorite photos from today. 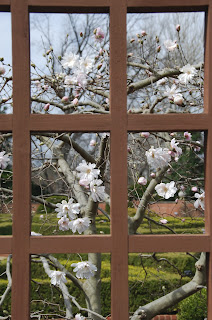 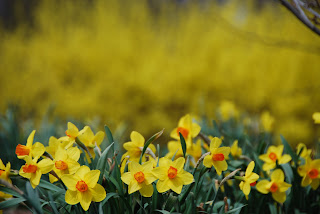 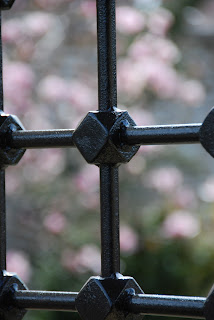 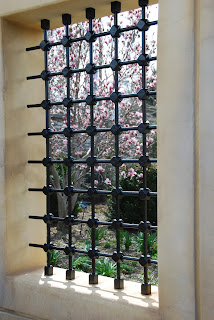 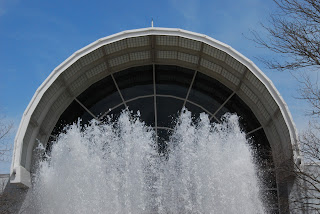