They Say It's Your Birthday...

My birthday was on Sunday, but because my husband would be prepping for his Monday colonoscopy that day, we decided to celebrate on Saturday. It was a cool but beautiful morning so we went to the Missouri Botanical Garden to see how the fall colors were doing. We are very late with color this year, so it was great to be somewhere where fall was actually showing up.
After we left the garden we drove over to Tower Grove Park. We enjoyed a nice, long walk and had the opportunity to see some more pretty colors on the trees.

That night we tried a new restaurant in our community called The Frisco, due to its location near the Frisco railroad tracks. Because they had heaters outside, we were able to dine on the patio. It has a very nice ambience.

Since Jim did not need to begin his prep until 12:00, Sunday morning we went for a drive through Lone Elk Park. The last few times I've been there, I haven't seen so much as a squirrel. But the animals were taking advantage of the nice fall weather, and we saw quite a bit of activity in the park. We also stopped in at the nearby Wild Bird Sanctuary before heading back home.

Overall, I had a fabulous birthday. But the best gift of all was in hearing that Jim got a clear (pardon the pun) report on his colonoscopy
Posted by Kim Wolterman at 4:56 PM No comments: 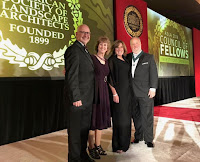 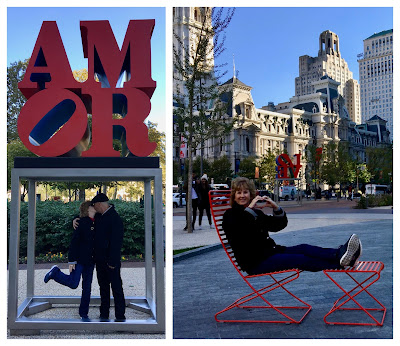 Posted by Kim Wolterman at 1:09 PM No comments:

Recently I spent two weeks in Cincinnati staying with a cousin who was recovering from a total knee replacement. Normally when I visit the city of my birth, I feel like I eat my way through the town. This time was much different as I was preparing many meals in, which was much better for my Weight Watchers experience. In fact, I still lost weight on the trip, much to my delight.

I did manage to get down to Findlay Market, the historic farmers' market located downtown, twice. It is like stepping back in time, and feels like I am visiting another country.

It also worked out for me to see my dad's remaining sister Gloria and two of her children. Gloria consented to take a DNA test, which I had brought along with me. It will be interesting to see how her results turn out.

During the second week of my visit Jim was on a motorcycle trip with three of his friends in Maggie Valley, North Carolina. However the rains of Hurricane Michael kept them housebound for several days, so he decided to ride to Cincinnati to spend the final weekend with me. That allowed him to see Findlay Market and the downtown riverfront development as it had been many years since he has been to the city. It was fun to have him there to explore with me and my cousin.


My trip coincided with the Crusham family reunion as well. It was wonderful to see so many of my cousins, but especially my mom's two sisters Margie and Betty, ages 96 and 90, respectively. They are truly a treasure. Margie also took a DNA test for me, so I have now tested the two oldest living relatives on both sides of my family, which is really exciting.

Posted by Kim Wolterman at 7:41 AM No comments: