We got a little bit later start today than I would have liked, but we still made it to my goal location of Oklahoma City while it was light out. I wanted to be able to go to the Oklahoma City National Memorial and take some photos. You will probably remember the bombing that took place at the federal building here on April 19, 1995. Twin gates mark the entrances to the memorial grounds, with a reflecting pool between them. Off to the side of the pool are 168 chairs, representing the lives ended on that day. Included are 19 smaller chairs for the children who died. It is a beautiful memorial to a tragic event that affected so many in this area. 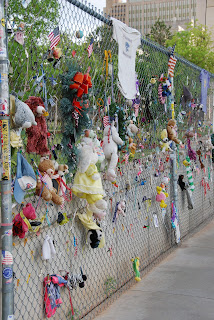 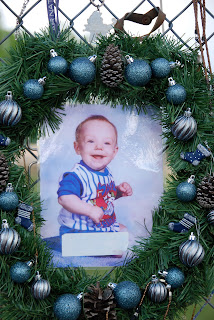 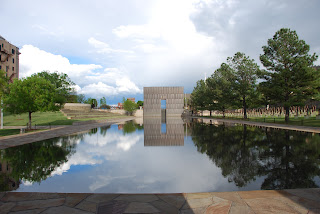 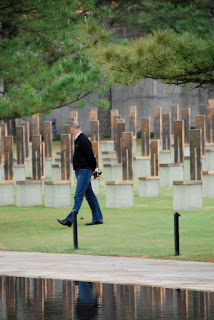 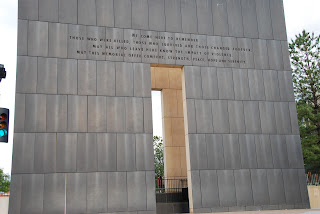 We decided to spend the night here in Oklahoma, but I did at least continue on to the west side of town so hopefully we won't be dealing with much traffic in the morning. Now I just need to look at the route and see where we want to end up tomorrow.

So far so good with the trip - we had a little rain on the drive but mostly the overcast day allowed us to go without the air conditioner, which definitely helps with the gas mileage. Speaking of gas, we haven't paid above $3.69.9 yet. I know that will change when we hit California, but for now I will enjoy the savings.
Posted by Kim Wolterman at 10:18 PM

I do remember the bombing very well... Soooo sad.