Deer in the Headlights

A few of my friends on Facebook have been posting photos of deer taken in Jefferson Barracks Park. Saturday was so beautiful that Jim and I drove down there in late afternoon since deer are more likely to feed at that time of the day. We were not prepared for the number of deer that we saw, particularly when we traveled through Jefferson Barracks National Cemetery. There were numerous cars doing the same thing as us, and the deer were not afraid. They are apparently used to the gawkers coming through. 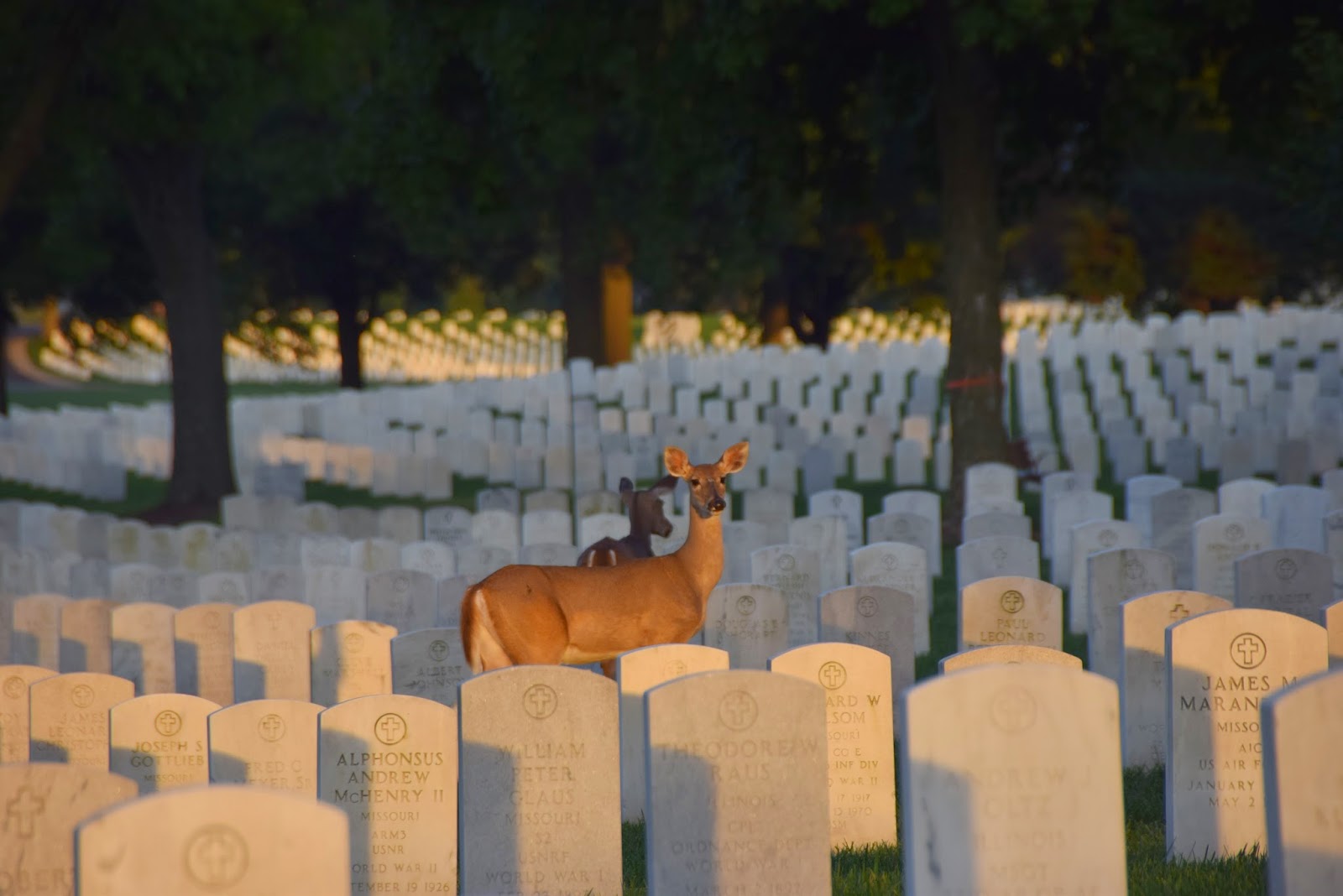 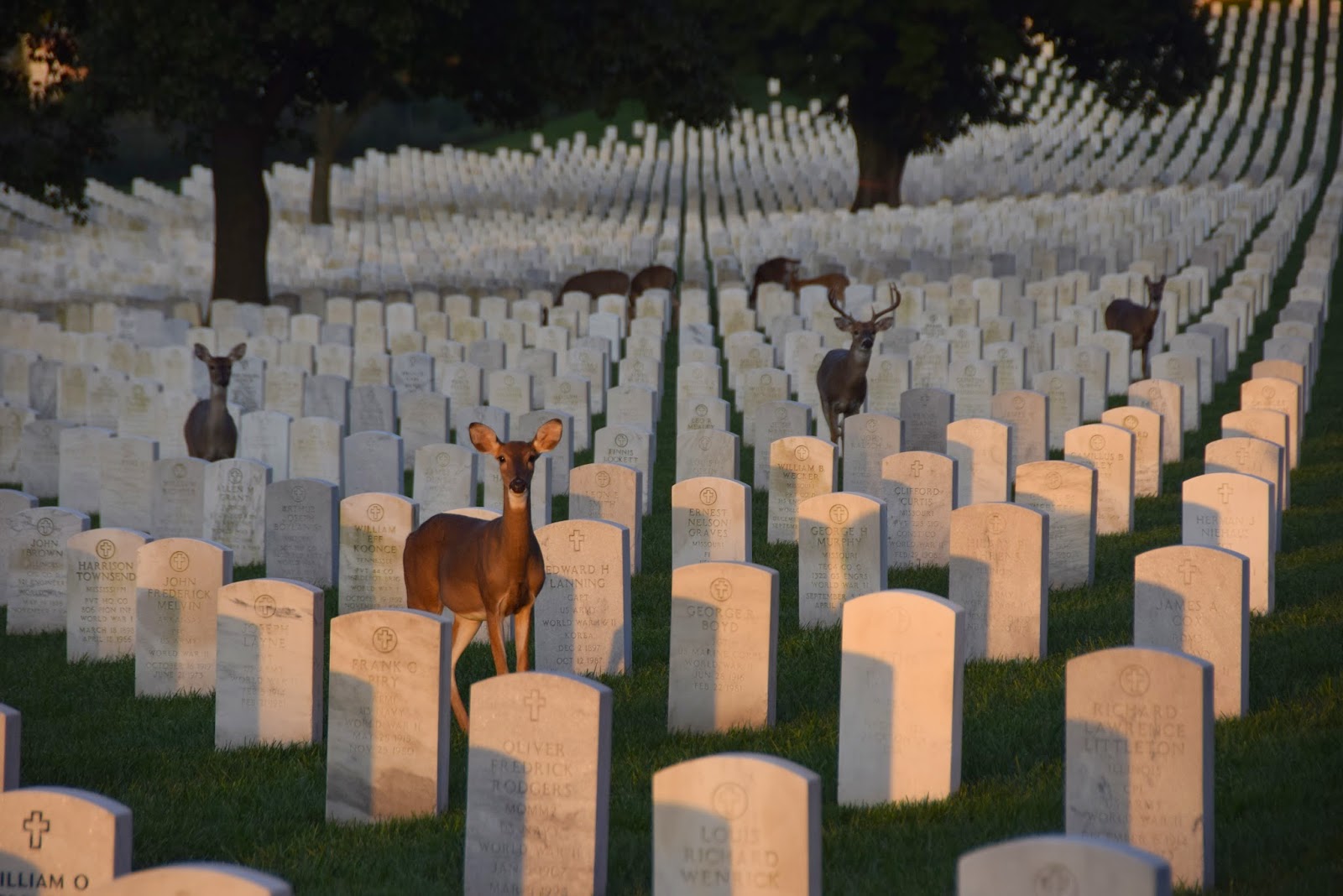 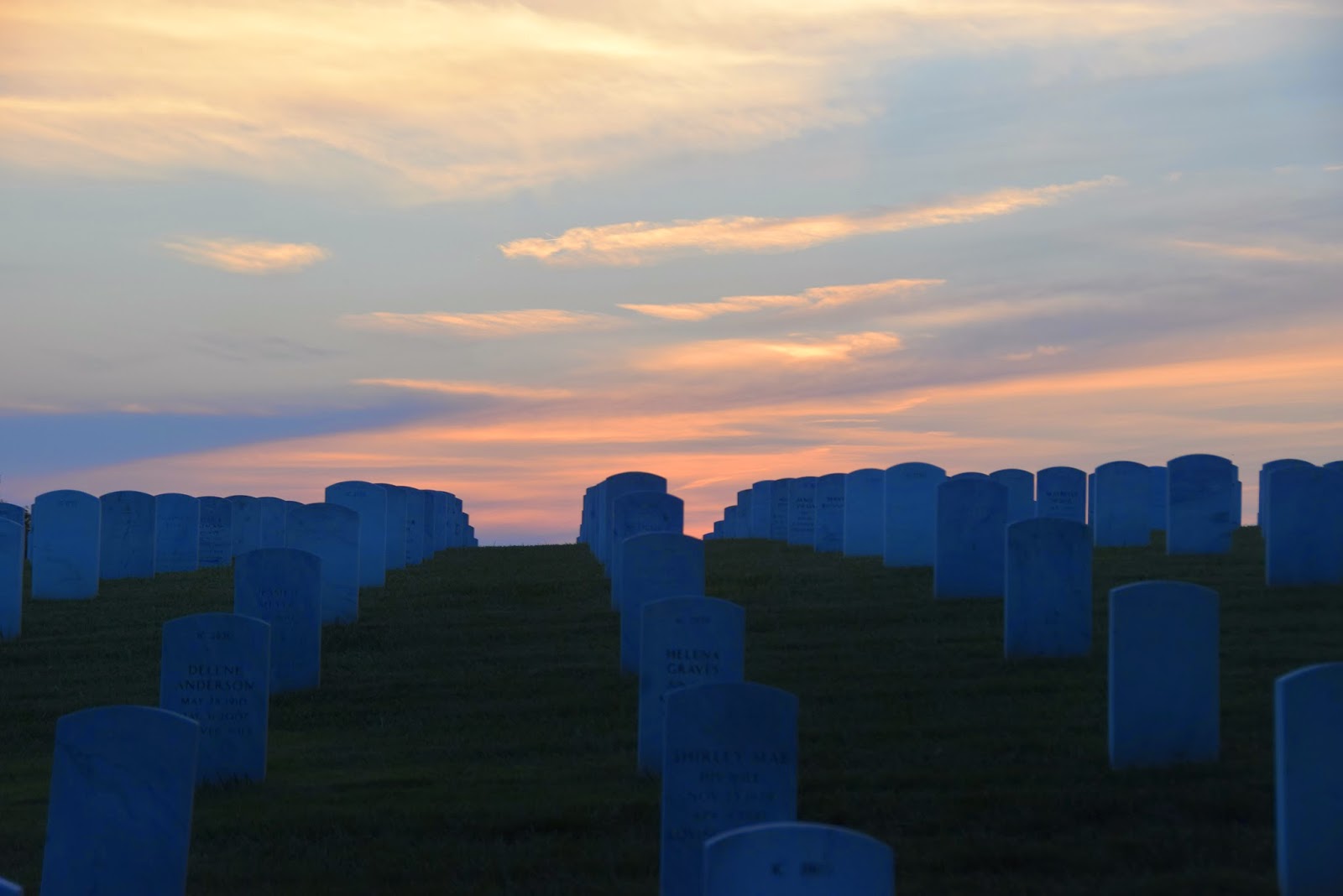 It was a beautiful and peaceful drive through the cemetery but as the sun set, casting shadows over the graves, it was also a sobering reminder of all the men and women who have laid down their lives so that we remain free to travel along the paths of our choosing.
Posted by Kim Wolterman at 12:32 PM