The 4th of July

We did the usual and customary (for us) things over the July 4th weekend. Jim's office celebrated the holiday on Friday, so we were actually able to go play pickleball together during the day for the first time. Only four people showed up to the special session in Affton, so we got a lot of playing time in. Saturday was our local community parade, and we are lucky in that it passes just a couple blocks over from where we live. We can just grab our chairs, a small cooler, the pooch, and walk over. We had been sitting on the same parkway each year for over 20 years, but those homeowners had the audacity to sell their house. How rude! The new owners have a party and they take lawn chairs and rope off their entire parkway. Doubly rude! That spot was great due to several large trees, and we could sit in shade the entire duration of the parade.

We wandered a little further up the street and found a small spot next to a driveway just big enough for our two chairs. With the slope of the drive, I told my husband that no one would be able to set up chairs there. "The only way our view will be blocked is if someone decides to stand there." Famous last words. A man from the huge party going on across the street came over to our side with his wife and granddaughter. And they stood, which would not have been bad except the guy was taking non-stop photos and/or videos of the little girl, stepping into the street to do so. My husband politely asked him to step back as we couldn't see, and he did so after shooting us a dirty look. That lasted about 5 minutes before he was back in the street again. Unbelievable. Nevertheless, it was a very nice parade and we were blessed with perfect weather this year. 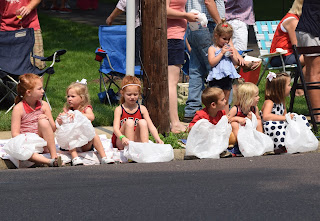 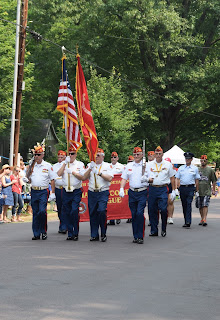 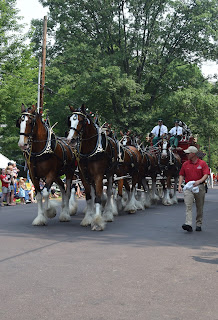 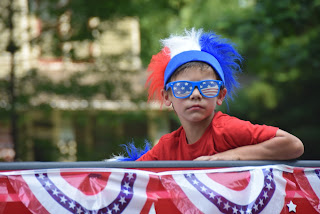 Saturday night we walked up to the end of our street to watch the fireworks. The display was good, but the people watching (and listening) was even better!

On Sunday we went to visit my niece at Barnes as she had open heart surgery to repair a valve on July 1st. I went the day of surgery as well as the day after, but this was the first time Jim was able to go with me. We didn't stay long as she was understandably not feeling up to much company. From there we went to look at one of Jim's projects, Cortex. It is really something! I am so impressed with the quality of their design work. 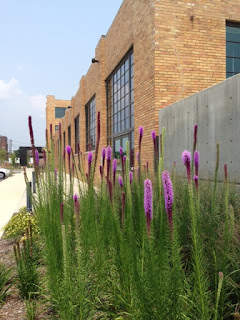 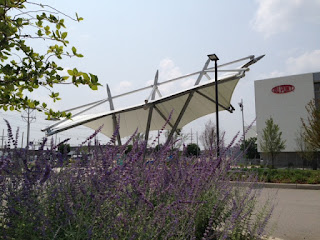 As an added bonus, I was finally able to find out where it's at! 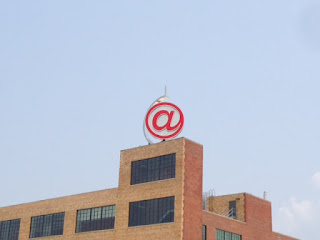 Posted by Kim Wolterman at 9:19 PM

Thought you were out traveling the world again, but just mini-adventures close to home. Cortex looks amazing! Great photos, which have become your standard.