Friday's schedule began much earlier as we had 9:30 tickets to go up in One World Trade Center. We met in the hotel lobby at 7:30, grabbed a quick bagel at a nearby deli and walked to the subway. We were not certain what the morning rush would be like, so we decided to err on the side of caution. As it was nothing like the night before, we arrived early enough to visit the 9/11 Memorial Plaza. I have no words to describe the memorial or the feelings evoked when you visit it. But I do believe that having the two fountains sitting on the original footprint of the World Trade Center towers, with water that gets sucked into the holes as opposed to squirting up in the air, was a phenomenal design decision. It is perfect, in my opinion. If a picture is worth a thousand words, perhaps these can tell the story. 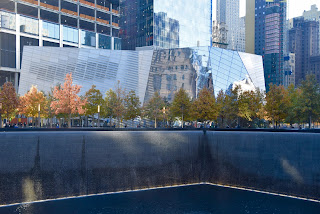 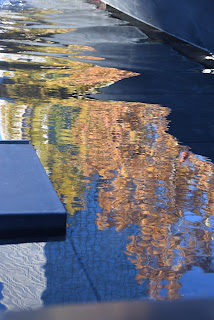 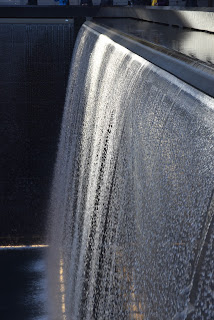 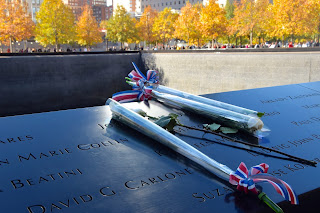 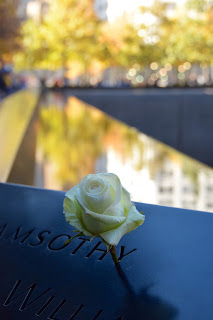 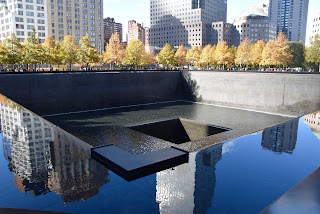 One World Trade Center opened in October of 2014. At 1,116 feet (104 stories), it is the tallest building in the Western Hemisphere. On the 102nd floor is One World Observatory, an enclosed observation deck offering 360 degree views of the city and surrounding areas. The elevator takes you up in 60 seconds, and during that short period you can watch a time-lapse video of the changing New York skyline from the 1500s through today. Once you get off the elevator, you actual head back down two flights of steps to the observation deck. I think that is because when you leave, you go back to the 102nd floor and have to exit by the gift shop. It's all about the marketing... We enjoyed our time at the observatory, but it got rather crowded as do most things in New York. The views were quite outstanding though. 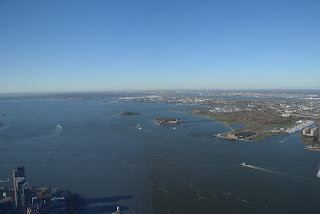 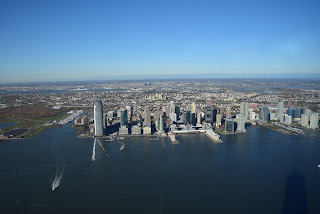 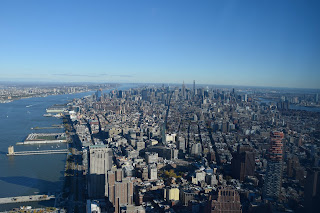 Our tickets for entering the 9/11 Museum were at 11:30, so we left our high perch and crossed the memorial plaza next door to enter the museum. Descending below the plaza area, I couldn't help but think about all the people who were buried under the debris when the Twin Towers fell. In fact, there is a blue wall inside the museum that speaks to just that:


My overall impression of this new museum is that while the memorial is very informative, the layout leaves a lot to be desired. They are letting way too many people in and by the time you get to the heart of the exhibit, that area is so packed that you cannot get close enough to see the memorabilia, read the signs or hear the recordings. My advice to anyone headed to the museum, or One World Trade Center for that matter, is to get the earliest tickets you can to avoid some of the crowds.

We grabbed a late lunch after leaving the museum, and then we made our way to Central Park. Many people were enjoying the beautiful fall weather, and I was able to cross an item off my bucket list when we took a carriage ride through the park. We had a fun, informative driver and seeing the park by carriage certainly enabled us to view it from a different perspective.

After leaving Central Park we took a quick walk through Rockefeller Plaza before heading over to St. Patrick's Cathedral. Opened in 1879, this Neo-Gothic Roman Catholic Church recently hosted an evening service by Pope Francis. The last time I was in New York the structure was covered in scaffolding, so I was excited to see it post-renovation. The cathedral takes up a whole city block and can seat 3,000 people. It is beautiful.

By then it was time to head back to the hotel to rest up and change before going out to dinner. It was another good Fitbit day with 19,937 steps for a total of 8.82 miles and 16 flights of steps.
Posted by Kim Wolterman at 6:58 PM