Yesterday we saw the most amazing thing out in the middle of Mountain Island Lake. I was looking out our back window when I saw a bird strike the water. I thought he was fishing at first, but then I noticed another bird circling over his head. Calling for my husband to grab his camera, I reached for mine and we hurried out into the back yard.

I was stunned to see an eagle in the water, and a hawk diving at him from above. It appeared as though the eagle might be wounded as he did not try to take flight. Instead he used his wings like Michael Phelps doing the butterfly stroke across the lake. Periodically he had to flip back and ward off the hawk with his beak and talons. Eventually the hawk left, and the eagle drug himself out of the water onto the shore. But not before scaring two blue herons out of the water nearby. It was something to see for sure! 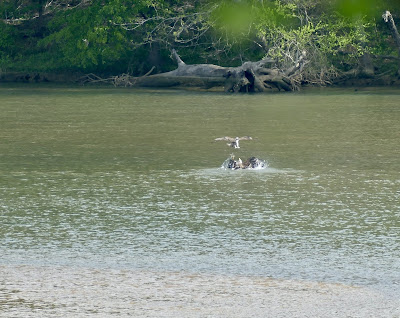 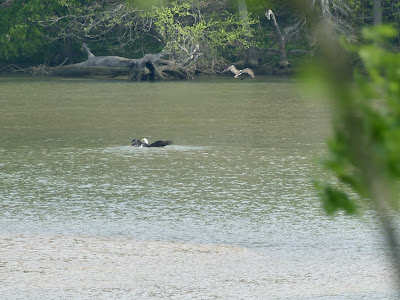 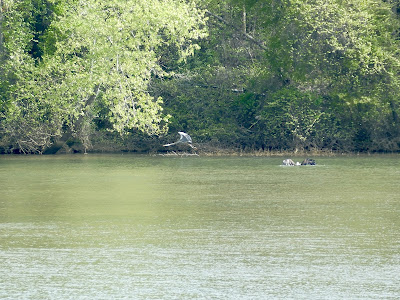 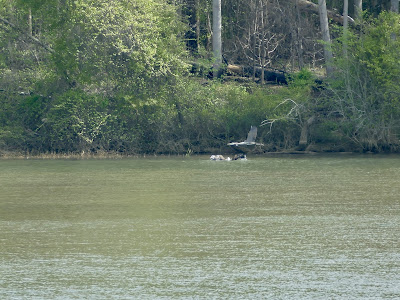 Posted by Kim Wolterman at 8:17 PM