Since Susanne lives in Breitenbach, she picked me up at my hotel on Friday morning at 7:10. We met two of her sisters and Rolf in a parking lot in Busserach to continue the drive to Solothurn. Rolf thought it would be nice to drive instead of taking the train so that I could see more of the countryside. I am so glad he did! It was a beautiful drive, and Rolf is so knowledgeable that it was like having my own personal tour guide along while I was in Switzerland. The roads were very twisty as we made our way up through the passage in the hills. I kept thinking how much Jim would have enjoyed a motorcycle ride there.
Along the way we passed a home owned by an ancestral family named Altamatt (need to check my spelling on that one after I have a chance to review all the materials Rolf gave to me). They once had a mill here and the property is still in the family today.
We arrived at the archives shortly after they opened. Here I am with my three Kubler cousins. 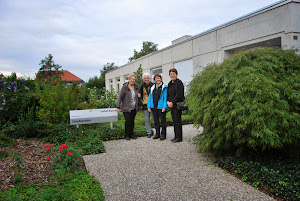 The sisters worked on looking for passport information on Carolina Borer, wife of Vinzenz Josef Kubler. He had already located Vinzenz and their four boys, but not Carolina. As there is no death record for her here and I have found her, I believe, in a census record in the U.S., there should be a passport for her. In the meantime, he I and I went through the Busserach books looking for birth, marriage and death records for any Kubler. We found many, and photographed all of them. The archives closes for two hours at lunch, so we took a break and walked to a nearby restaurant. When we returned to the archives we spent another hour and a half or so photographing Inventories, which is what the town prepared when someone dies. Rolf also found the birth record of a Kubler from 1617, so we know they were in Busserach by that time period. Nothing new was found on Carolina however.

Two of the sisters then headed home while Susanne, Rolf and I toured a little of the town of Solothurn. It is the oldest town in Switzerland and has a lot of interesting buildings in the old town section. Here are a couple of the cathedrals. 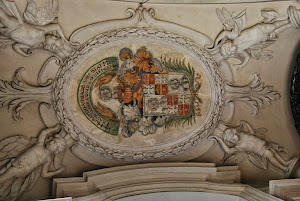 On the ceiling of this cathedral is a painting of the Altamatt crest, which indicates that the family donated money during construction so that they could have this done. I am guessing it must have been a lot of money, and sometime it would be fun to research the records to learn about the construction of this cathedral.
Following the tour of town we drove back towards Busserach, and Rolf dropped Susanne and me off in a rural area where we met up with Josef Kubler. Rolf had to leave to finish up some things for the family gathering on Saturday and also to pick up his wife at the airport. Susanna, Joseph and I ate at a restaurant located in a farm house high in the hills. As we walked along the country road the sound of the cows grazing on the hillside was like a symphony of wind chimes. 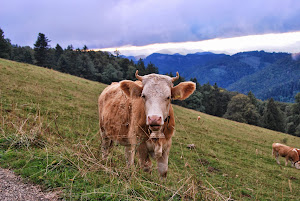 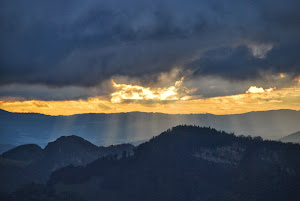 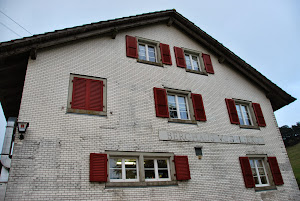 We enjoyed a nice meal and then drove under a full moon on our way back to Busserach. From sun up to sun down, the day was filled with adventure. 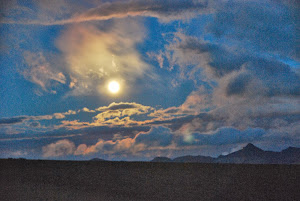 Once again, such great photos! You are having such a grand adventure!

Did your Kubler cousins ask you if we all wear bright blue jackets in the U.S.?